Battery Technologies of 2021: An Overview

Consider an electric vehicle with a battery that charges in seconds and lasts for months. Doesn’t it sound too good to be true? This might not be so far off the mark.

While current technological devices are improving, their power remains a limitation. Large technology and vehicle companies are well aware of the limitations of lithium-ion batteries. While CPUs and operating systems are becoming more power-efficient, the battery life of a smartphone is still limited to a day or two before it needs to be recharged. While it may be some time before our phones provide us with a week’s worth of battery life, progress is being made.

Nawa Technologies, for example, has developed and patented an ultra fast carbon electrode, which the firm claims will transform the battery business. It uses a vertically aligned carbon nanotube system that, according to Nawa, can boost battery power by tenfold, energy storage by threefold, and battery life by fivefold. According to Nawa, a 1000-kilometer range might become the norm, with a charge time of only five minutes to reach 80%.

Svolt, a Chinese company based in Changzhou, has announced that it would begin producing cobalt-free batteries for the electric vehicle sector. Svolt believes that, in addition to decreasing rare earth metals, they have a better energy density, which might lead to electric car ranges of up to 800 kilometers, as well as increased battery life and safety. While the exact location of the batteries’ sale is unknown, the company claims to be working with a prominent European manufacturer.

Researchers from Monash University have built a lithium sulfur battery that can outperform lithium-ion and power a smartphone for five days. The battery is being built, patented and manufacturers interest, since the group has received funds for more study especially in vehicles and grid usage.

According to IBM research, a new battery chemistry has been discovered that is free of heavy metals like nickel and cobalt and could beat lithium-ion batteries in a variety of ways, including lower production costs, shorter charging times, and higher power and energy densities. The components might be made from seawater, and the company is working with Mercedes-Benz and others on the project.

Panasonic has created a new battery management system that makes it easier to monitor and compute the lithium-ion residual value of batteries. The business also says that their new technology can be quickly applied by tweaking the battery management system, making it easier to monitor and evaluate multi-stacked cell batteries like those used in electric vehicles. The company contributes to the fight for sustainability by focusing on better management of lithium-ion battery reuse and recycling.

A charging method that gets us closer to extreme fast charging, or xfc, promises giving an electric car 200 miles of range in around 10 minutes utilizing 400 kW charging. Lithium plating is one of the issues with charging. As a result, the asymmetric temperature modulation technique charges at a higher temperature to reduce plating, but only for 10 minutes at a time to avoid the formation of a solid electrolyte interface, which reduces battery life. The strategy, according to the reports, decreases battery degeneration while allowing xfc charging. While the battery used in a smartphone is still lithium-ion, the anodes are constructed of silicon rather than graphite, giving the new lithium-ion battery three times the performance of current graphite-based lithium-ion batteries.

Sila Nano is a battery technology company that has obtained funding from Daimler and BMW to bring this method to market. According to the company, its technology can be dropped into existing lithium-ion battery manufacturing, allowing for scalable deployment with a performance improvement of 20% now and 40% in the not-too-distant future.

Researchers at the University of California have cracked nanowire batteries that can withstand a lot of recharging. As a result, batteries may not need to be replenished in the future. Nanowires, which are 1,000 times thinner than human hair, have the potential to transform battery technology, but they are prone to failure when recharging. To get around this, researchers used gold nanowires and a gel electrolyte. They exhibited no symptoms of deterioration after being put through their paces over 200.000 times in three months. Solid-state batteries have traditionally sacrificed electrolyte transport for stability.

Toyota researchers published a report about their research into sulfide superionic conductors in solid-state batteries. All of this translates to a better battery, with super capacitor levels and charging or discharging times of less than 7 minutes. Because it’s solid-state, it should be able to work at temperatures as low as -30 degrees Celsius and as high as 100 degrees.

Graphene has recently gained in prominence due to its potential to be the greatest material on the market.

Grabat has developed graphene batteries that could allow electric automobiles to travel 500 miles on a single charge. The batteries can be charged to full capacity in only a few minutes and charge and discharge 33 times faster than lithium-ion batteries, according to Graphenano. For cars that require a lot of power to operate rapidly, this charge is critical. There is currently no information on whether the company’s batteries are used in any gadgets.

Prieto Battery’s inventors feel that 3D batteries are the way of the future, and that the business has solved an issue with its copper foam substrate battery. This means that the battery might last longer, charge faster, have a higher density, be less expensive to build, and be smaller than current offerings. The business intends to begin putting batteries in smaller devices, such as wearables.

Even while it may take decades to begin mass-producing any of these batteries, the progress that has been accomplished so far is quite encouraging. Modern technical breakthroughs will usher in a new age for the automobile business, particularly in the electric vehicle market, where companies like Tesla are already making significant progress in terms of innovation. 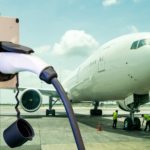 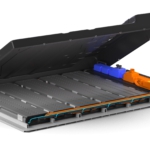 A development consortium of LION Smart and partners finalized a new generation...
Scroll to top