The History of Electric Vehicles and E-Mobility:

Electric Vehicles Then and Now

In the last 10 years the electric vehicle (EV) industry has seemingly exploded. Companies all over the world have started pouring billions into research and development, but the first electrically powered cars didn’t just spring into existence during the 21st century. You might be surprised to know that EV’s have been around longer than vehicles with internal combustion engines. Electric vehicles were quite popular at first, but they eventually lost out to fossil fuel powered engines because of poor driving range and lackluster marketing efforts. But since the 1990s, electric vehicle popularity has come surging back due to improved “green” technology, efficient charging infrastructure, government subsidies and growing concern over global warming and C02 emissions. Creation of international accords like the “Paris Climate Agreement” have shifted the focus from engines to batteries. Here, we take a closer look at the history of electric vehicles and e-mobility.

The first electric vehicles, which were more like carriages, hit the roads around 120 years ago. Until then, the most popular means of transportation was via horse. This new form of transport was made possible through the discovery of electromagnetism by British researcher Michael Faraday around 1831, and the invention of the first electric DC motor by American Thomas Davenport in 1834. These two groundbreaking developments combined to form the basis of the first electrically powered (and much faster) carriages.

One of the earliest enthusiasts of electric mobility was Frenchman Gustave Trouvé, who presented the first electrically powered tricycle in Paris in 1881 – forerunner of the first electric cars. His invention could reach blazing speeds of up to 12km/h and had a range of 26 km. Considering a horse can gallop at an average speed of approx. 48km/h and cover over 45km in a day, this was not exactly revolutionary. It did, however, pave the way for other inventors to improve on his drivetrain model. A key milestone was the development of the first AC induction motor in 1887 by Nikola Tesla, who was originally born in what is now Croatia before becoming a naturalized US citizen. Induction motors, one of the most important inventions in modern history, are what make the long-distance distribution of electricity possible. They power everything from the lights in your home and household appliances, to the state-of-the-art vehicles carrying us where we need to go. In 1888, German engineering manufacturer Andreas Flocken developed the first made-in-Germany electric vehicle. His car had four wheels and was closer in design to that of modern-day vehicles currently cruising our roads. Flocken’s electric vehicle was also faster at 15km/h, and even had innovative features (relative to the time) like pneumatic wheels and electric headlights. Compared to the internal combustion engines of the time, electric cars were much more comfortable and convenient. Before Flocken’s invention, starting a car engine involved the laborious effort of turning a crank by hand to start the process of internal combustion and get the motor running. 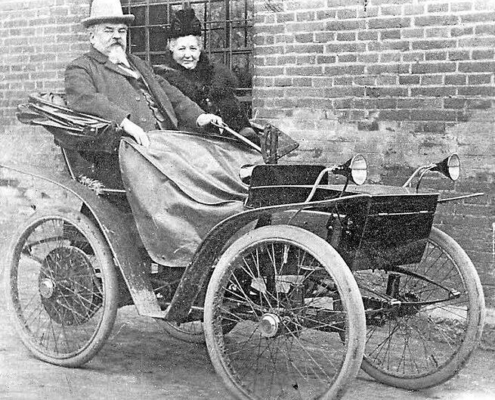 The Deutsches Museum archives keeps this photograph of Andreas Flocken and his wife in the Flockenwagen from 1903. The model is much more mature than the first version, which was created in 1888.  Source: Deutsches Museum

In 1897, the Electric Carriage & Wagon Company and Electric Vehicle Company started commercial production of EV’s in the USA. By 1900, electric vehicles comprised nearly 40% of the market in the U.S. In New York, one out of every two vehicles was electric. Europe did not realize the true potential of electric motors until racing driver Camille Jenatzy burst onto the scene. His rocket-like electric motor accelerated up to 105.88 km/h in 1899, making it the first car to exceed 100 km/h. In the same year, engineer Ferdinand Porsche produced his first hybrid vehicle at Lohner-Werke. The first series hybrid featured two electric wheel hub motors powered by batteries, and an additional gasoline engine generator. In 1908 Henry Ford also introduced a new electric vehicle – the famous Ford Model T. The market of e-vehicles continued expanding.

Gasoline Cars Take Over the Market

However, the problem of slow charging batteries, comparatively weak performance against fossil fuel powered engines, and high costs eventually flattened electric vehicle growth. Through clever advertising and marketing, manufacturers crafted a new image for internal combustion engines associated with less noise and dirt, and were instead given positive attributes such as power, performance and potential. The assembly line production of vehicles at Ford stopped producing electric vehicles in 1913. Other manufacturers quickly followed suit and pushed electric car production to a near standstill in the 1920s. Still, niche markets continued to provide supply and demand for electric cars, such as dairy vehicles in Great Britain, car sharing systems in Amsterdam, and port transit of fish and ice. But due to the ongoing marketing tactics of large car manufacturers, electric vehicles could not find a way to break back into mainstream consumerism. Even the oil crisis during the 1970s, which saw gasoline prices rise nearly 300%, did not do much to change consumer preference for gas-powered vehicles.

Electric Age Upswing in the 90s

It was not until the Gulf War in 1991, which highlighted the awareness of oil dependency, and the new environmental regulations in California, that the possibilities of a larger electric mobility market truly began to blossom. VW’s CityStromer, an electric version of the VW Golf, was given to select buyers. Battery technologies also evolved as old heavy lead-acid batteries were increasingly replaced by new lightweight lithium-ion batteries. Toyota launched the Prius in 1997 – the first version of what would later become a highly successful plug-in hybrid – and the vehicle quickly gained cult status as environmental awareness around the globe rekindled. 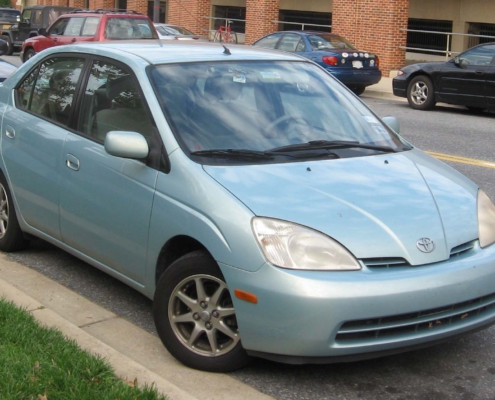 Since 2005, a new generation of EV’s has emerged with the rise of Tesla. With the Tesla Roadster, the start-up showed that e-cars can not only be ecologically sensible, but also a lot of fun and extremely powerful. The model shone with excellent driving performance and set new standards in electric mobility. The Nissan Leaf followed in 2010 and was the world’s best-selling electric car for many years. The Tesla Model S sedan introduced in 2012 was able to further raise expectations about electric vehicle performance and gained prominence among consumers. With its huge touchscreen, sporty design and outstanding performance, the Model S quickly became a cult vehicle. Ranges of 300 to 400 km also presented a new benchmark for electric mobility. Due to the lack of charging stations and infrastructure, success in Europe arrived only in the late 2010s.

2013 proved to be a golden year for many car manufacturers with the BMW i3, VW e-Up and VW e-Golf helping to firmly establish electric vehicles as a true powerhouse in the global mobility market. Reaction to VW’s diesel emission manipulation scandal in 2015, or “Dieselgate”, proved global environmental awareness had reached a tipping point and created ripple effects throughout the industry. The scandal highlighted the importance of excellent emission testing systems and continues accelerating conversations about air pollution, transport policies, and diesel driving bans. It also forced many car manufacturers to intensify investments in EV technology. Furthermore, the recent release of the Tesla Model 3 in 2018 has led to new market dynamics for electromobility by offering outstanding performance with an affordable price tag for the mass market. Overall, current global trends illustrate the growing importance of green technology, competitive markets for affordable vehicles across all mobility applications, and a worldwide increase in charging infrastructure. 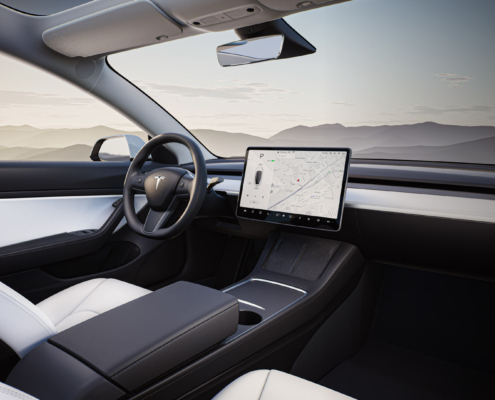 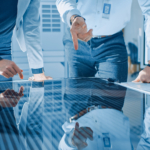 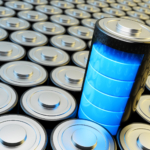 The History of Battery Technology: Evolution of Energy Storage
Scroll to top