The electrification trends we’ve seen over the past decades in the ground transport sector are slowly taking to the air. With established players and startups alike investing in new technology, the sci-fi cliché of the flying car is nearly a reality. In fact, large cities around the globe have already placed orders for fleets of air taxis, like São Paulo and Vertical Aviation.

Perhaps of even greater importance is the evolution of hybrid and fully electric commercial aircraft. Incentivized by rising fuel prices as well as the greater need for cleaner technology in the transport sector with by far the largest carbon footprint, demand is no longer a question (especially in the long term). In a keynote presentation on the future of electric aviation, NASA’s Head of Research Dr. Ajay Misra emphasized the inevitability of the electrification revolution in aviation: “It is not a question of if  but of when.”

So, just when can we expect the revolution to fully materialize?

Before we dig into timeline, let us first shed some light on the inhibitors. The challenges span everything from stringent regulation and infrastructure development to technology. This article will focus on the latter.

Before we jump in, a quick note on the sectors within the aviation industry. Experts will tend to divide the industry into four groups: recreational/general aviation (think Cessna, weekend hobbyists, etc.), urban mobility (air taxis), regional/business aircraft, and commercial aircraft. With perhaps the exception of autonomous flight for urban mobility applications (this technology is still not quite as mature as earlier forecasts had predicted), the order listed above tends to describe the level of complexity involved in electrification. I.e. commercial aircraft are still the furthest away from market introduction. But what specific technological hurdles are standing in the way?

Perhaps not surprisingly sits battery technology at the top of most lists. Specifically, a parameter called energy density, typically measured in Watt-hours per kilogram, is for the case of commercial-range flights the limiting factor in battery performance. While commercially available batteries lie in the range of 150-250 Wh/kg, experts consistently put the minimum for commercial airline applications in the 450-500 Wh/kg range. Developments in battery chemistries will drive this progress, with many experts predicting the arrival of a 500 Wh/kg battery still roughly a decade out.

To put things in perspective, the consulting firm Roland Berger put together a range comparison for a standard commuter jet, the Dornier 328, and how the aircraft itself would need to change if an electric propulsion system (using today’s batteries) were simply dropped into the aircraft. First, if overall drag on the aircraft dropped by 20%, wingspan increased by 50%, and overall mass dropped by 20%, we would still only achieve a third of the original range compared to fuel propulsion. To achieve a comparable range, battery energy density would need to increase four-fold to 720 Wh/kg.

Along with the battery performance itself comes hazard mitigation. One needs only to recall how severely airlines restrict batteries aboard aircraft to imagine the challenges of using that same technology to power the aircraft. The battery safety systems that prevent such catastrophes as thermal runaway must be exceedingly robust.

But batteries and their range to weight performance is not the only technological hurdle. On the sub-system level, the electric motor and particularly the power electronics that deliver the battery’s energy to the motor itself is an area of major focus. The (high) voltage distribution must be made safer and lighter and the power converters which convert a battery’s direct current to alternating current for the motor as well as the motors themselves must see an increase in power density by a factor of three to five, according to Dr. Misra. Even on the component level, the standard copper wires themselves will in many cases not be conductive enough and therefore require superconducting materials for power transmission.

Thermal management also becomes a central topic for a fully electric propulsion system. In the absence of fuel, which is used in traditional propulsion systems as a heat sync for the energy generated from combustion in a jet engines, and with the higher heat output from batteries, power electronics, and the motors themselves, cooling systems are forced to become more integrated and more efficient.

While significant investments are being made in the required technologies for thermal management, power electronic subsystems, as well as batteries themselves, it is in the opinion of many experts the progress of the latter that will determine the timeline of commercially viable applications. While turbo electric aircraft (the analog of hybrid vehicles) are already being demonstrated and expected within in the next decade to become a reality for regional and business applications, fully electric commercial airliners are still on the order of 15-20 years out.

Though we know the evolution of the technology governing the inhibitors will take some time still, there is certainly reason to root for electric aviation in the meantime. Ignoring the obvious benefit for the environment, there are several exciting technological opportunities that electric aviation presents (especially for the aerospace engineers among us).

Another interesting opportunity involves the airframe itself. In fuel propulsion aircraft, the mass distribution throughout the aircraft changes as fuel is consumed. This leads to structures like the wings being necessarily designed to accommodate the loads of a fully fueled aircraft (where fuel is usually stored in the wings), as well as an empty one. With a fixed-weight propulsion system (which is the case in nearly every battery electric propulsion system), the wings can actually be made larger and longer, improving their aerodynamic performance.

Lastly, and perhaps off the technological radar of most is the immense benefit of noise reduction. Jet engines, as you may already be well aware, are ridiculously loud. Unless you live next to an airport, you may not realize how significant the noise pollution from commercial airliners is. Significant engineering effort is devoted to reducing the noise levels of jet engines, even at the cost of efficiency. With electric propulsion systems, this problem all but disappears (for the most part).

While certain sectors of the aviation industry have already demonstrated fully electric capabilities, there are significant leaps in technology that need to be made before we can expect to be flying commercially in fully electric airliners. Considering regulatory and approval processes which are already among the most time-consuming of any industry as well as the tedious integration of new technology with present day solutions, this will not happen overnight. With that being said, most industry experts agree that that day is not terribly far away. And as for the environmental advocates, aerospace engineers, or battery experts among us, it can be assured that industry experts are hard at work to ensure that day comes sooner rather than later. 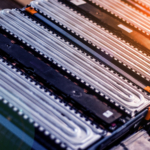 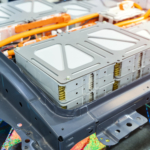 Battery Technologies of 2021: An Overview
Scroll to top