The popularity of electric vehicles has increased significantly worldwide. Even with increasing annual production, supply does not meet demand – especially in North America. As of 2019, the United States had roughly 268 million cars on the road (second only to China). Converting the U.S. vehicle fleet to electric is no small task, but crucial if humanity is to curb C02 emissions and slow down global warming. A Consumer Reports survey by the Union of Concerned Scientists shows that within all income levels in the U.S., demand for small electric vehicles and trucks is high. Specifically, 63% of Americans are interested in electric vehicles and 31% are considering a purchase, including 31% of consumers earning less than $50,000 annually.

The path to full establishment of EVs in the American mainstream is clear. Consumers are placing their value on:

Another study calculated the necessary average price of a vehicle for mainstream adoption in American society – $36,000. This is roughly equal to current prices of the most in-demand models, including the Tesla Model 3 ($37,990), Chevy Volt ($32,496), and Nissan Leaf ($32,545). So, the price of electric vehicles already hits the sweet spot for demand.

Consumers expect an average range of 291mi/469km, until the next recharge. The above vehicles have an official range of 237mi/381km (Tesla Model 3), 259mi/417km (Chevy Volt) and 149mi/240km (Nissan Leaf). This makes EV range nearly in line with expectations. With the ever-increasing rate of battery efficiency, average EV range will cross this threshold in the very near future.

These two factors of price and range are closely linked, which is why the focus has been primarily on batteries to reduce costs while maintaining or improving range.  The average price of batteries has dropped from $668/kWh in 2013, to $137/kWh in 2020, and is expected to continue falling. If range and price will no longer be hurdles to mass EV adoption, then what is the main challenge with firmly establishing electric vehicles in North America? Charging. 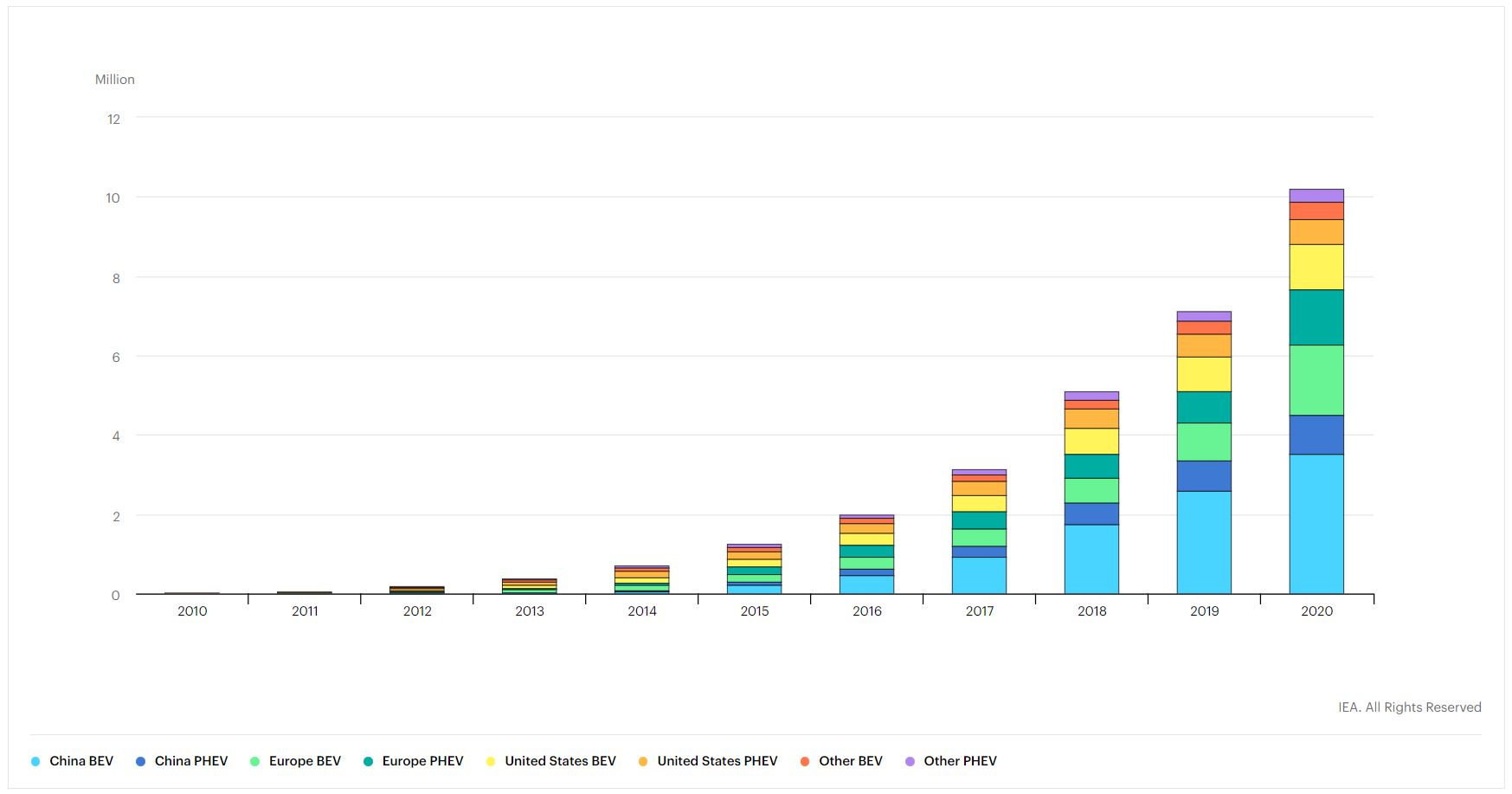 The Cost of EV Charging Infrastructure

The charging problem is complex and begins with the power grid. AC power is the standard for power grids, however there are certain technologies that still need DC power – such as batteries. If we take the Tesla Model 3 as an example, it can charge at up to 250kw. The cost of a single 250kW grid inverter in the U.S. is around $60,000 and is the size of a refrigerator. One of the most widely used DC charging stations in the U.S. (ChargePoint Express 250 CPE250), with a charging speed of only 62.5kW, still costs nearly $41,000 not including installation fees.

Analysts expect a Tesla supercharging station, each with 6 outlets capable of 120-250kW charging speeds, to cost around $250k.  To be on par with regular gas stations, almost 32 thousand Tesla Supercharger stations are needed. Multiplied by $250k each, that’s almost $8 billion – 10 times the company’s annual profit. The national infrastructure will need at least the same number of charging stations as gas stations to establish electric vehicles in the mainstream. 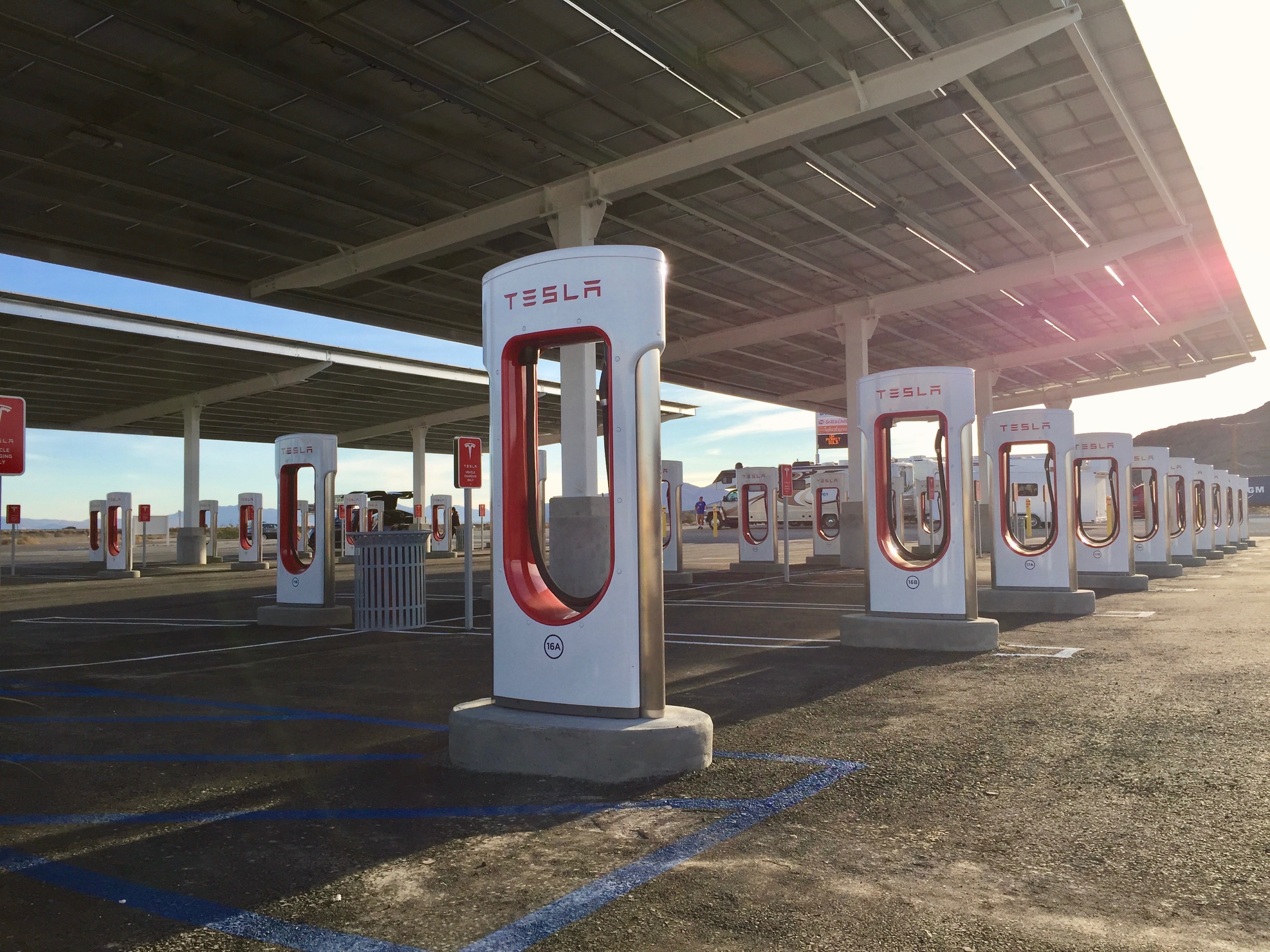 The average expected charging time among mainstream consumers is 31 minutes. Even the most popular EV models are nowhere near this threshold. For comparison, in ideal conditions and under 31 minutes, the Nissan Leaf will charge about 42% of its capacity, the Chevy Volt will charge 64%, and the Tesla Model 3 will charge 83% of its capacity. In winter months, charging times would increase significantly and range would actually decrease.

Counterintuitively, it’s not just the charging speed capabilities of the vehicle and charging station that determines the how long it takes to fill your EV, but also battery capacity. The initial charge speed significantly slows as battery capacity decreases. That is, the fuller the battery, the slower it charges – whether at 120kW or 250kW. It is more time-efficient to charge only half of the battery, drive until you need a refill, then charge up to 50% again rather than go for 100% all at once. The Tesla Model 3 (at a 150kW supercharger) charges up to 50% in about 17 minutes (14 minutes at 250kW) and lasts for 160km/100mi. If the eventual goal is to give EV users sufficient range in under 10 minutes, continued innovations in charging technology and many more charging stations (to accommodate the reduced range of “less-than-full” battery packs) will be needed in the near term. 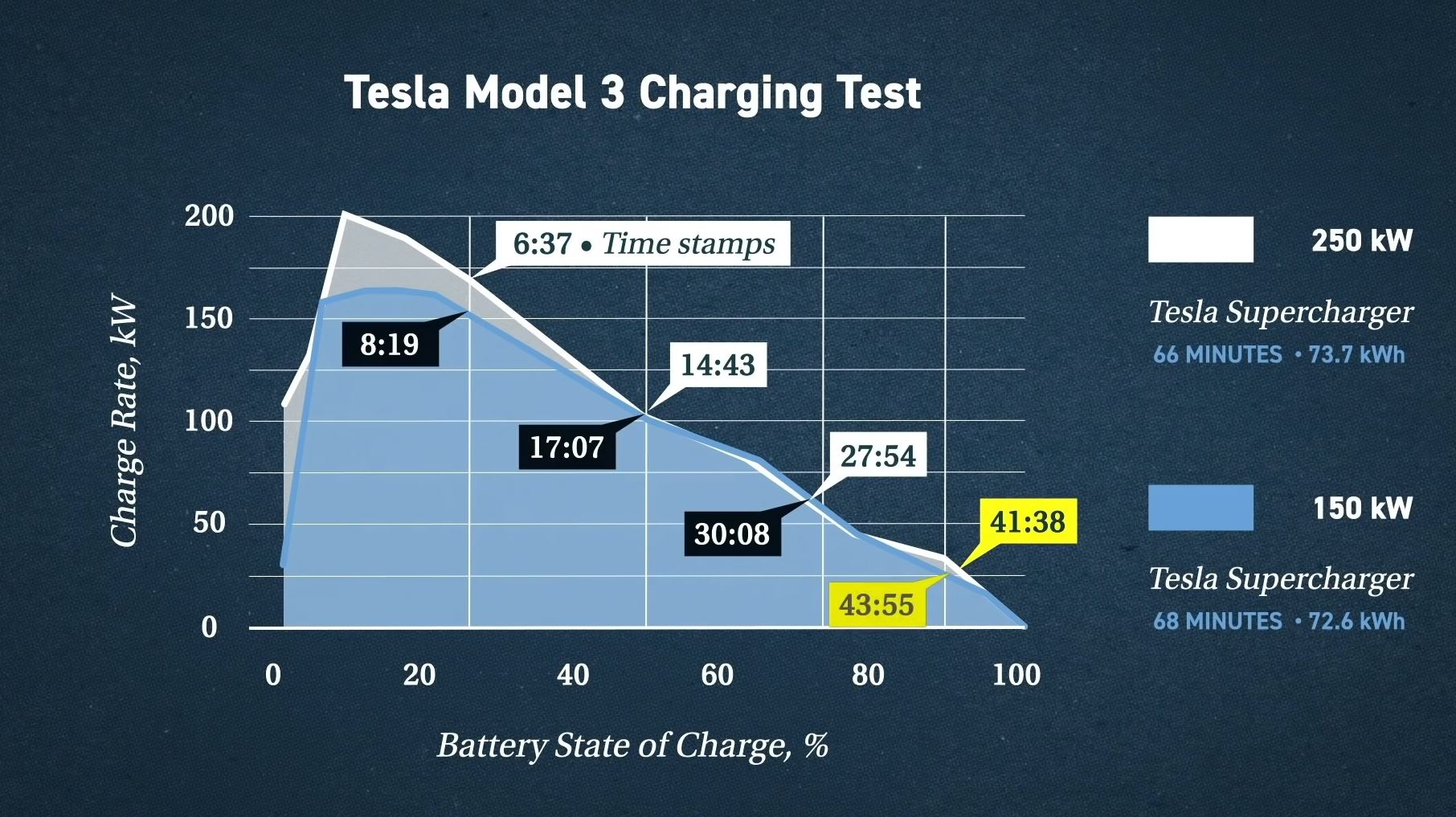 The typical American lives about 4 minutes from a gas station, but a whopping 31 minutes from a Tesla Supercharger station. However, this number doesn’t accurately portray the large parts of the US completely vacant of electric vehicle charging stations. For example, if you wanted to drive from Dallas to Denver, there is a 336km/208mi stretch of road with 0 charging stations – making the trip virtually impossible with technology currently available in most EVs.

Additionally, there is an ongoing “war” of charging plug standards between the various automotive companies producing electric vehicles and charging stations. Different stakeholders within the EV industry are competing against each other in the US to gain control of the charging market. This creates redundant, largely incompatible networks. Some American towns have charging stations with four different types of plug connections to choose from, not each of which fits all electric vehicles. For example, Tesla 3 can use 3 types of plugs (including an extra adapter for $500) while the Chevy Volt can use 2 different plugs. So, any standard DC charging station would need to have 3 plug types to accommodate all electric vehicles, however this is not the case by an overwhelming margin. 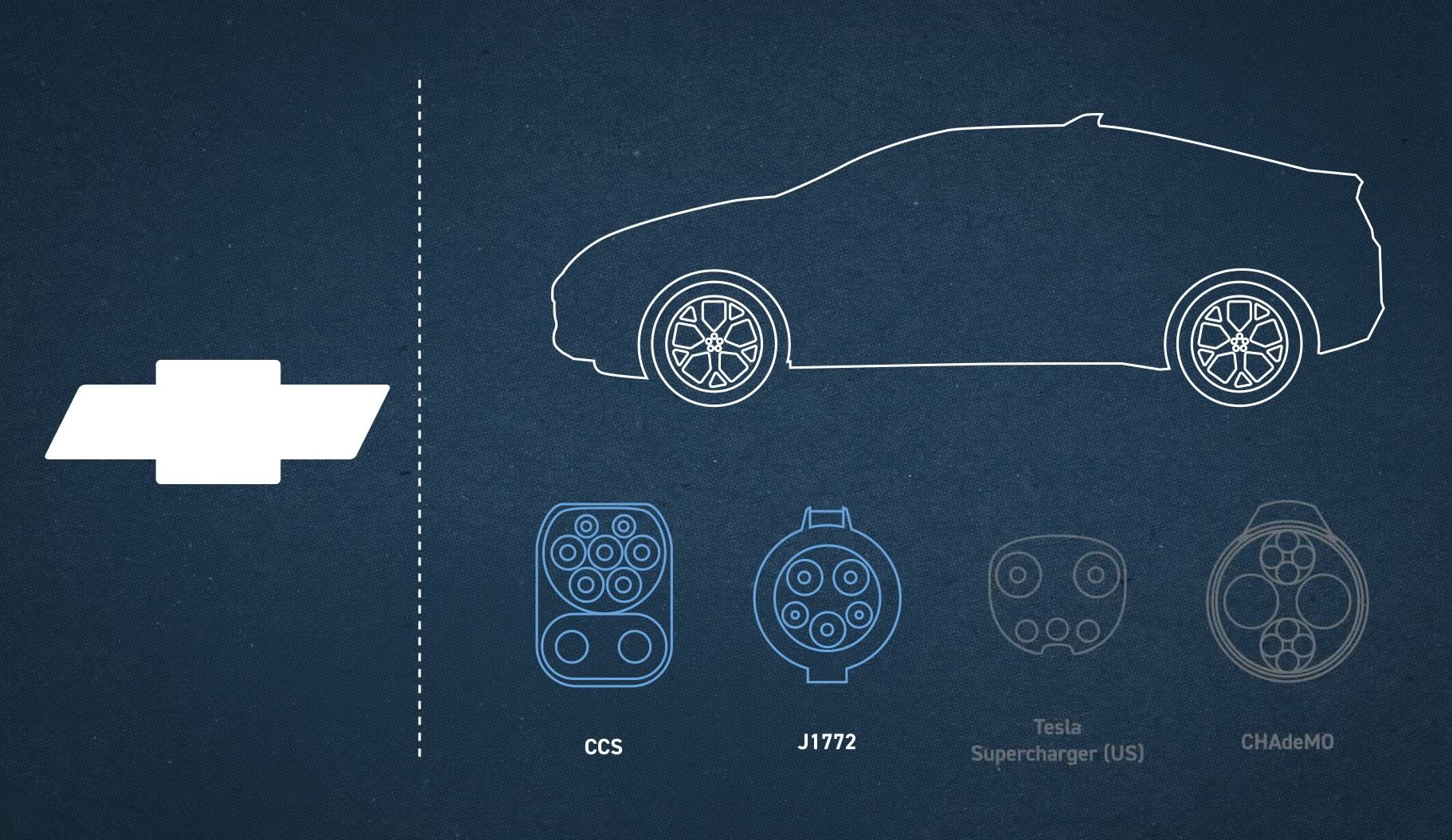 The Chevy Volt can use two different types of charging plugs, but many chargers in the US do not offer the CCS and J1772 plug adapters. Source: Wendover Productions

In Europe, the charging compatibility issue has been solved at the government level. The European Union has a directive requiring many member states to include a Combined Charging System (CCS) plug in all public DC fast charging stations. As a result of this EU wide mandate, the CCS plug type has become Defacto standard across Europe and neighboring countries like the UK, Norway, and Switzerland. That means any European made EV can use any charging station. Furthermore, despite the overall size of the EU and the number of electric cars on the road being very similar to the US, Europe has double the number of DC fast charging stations. 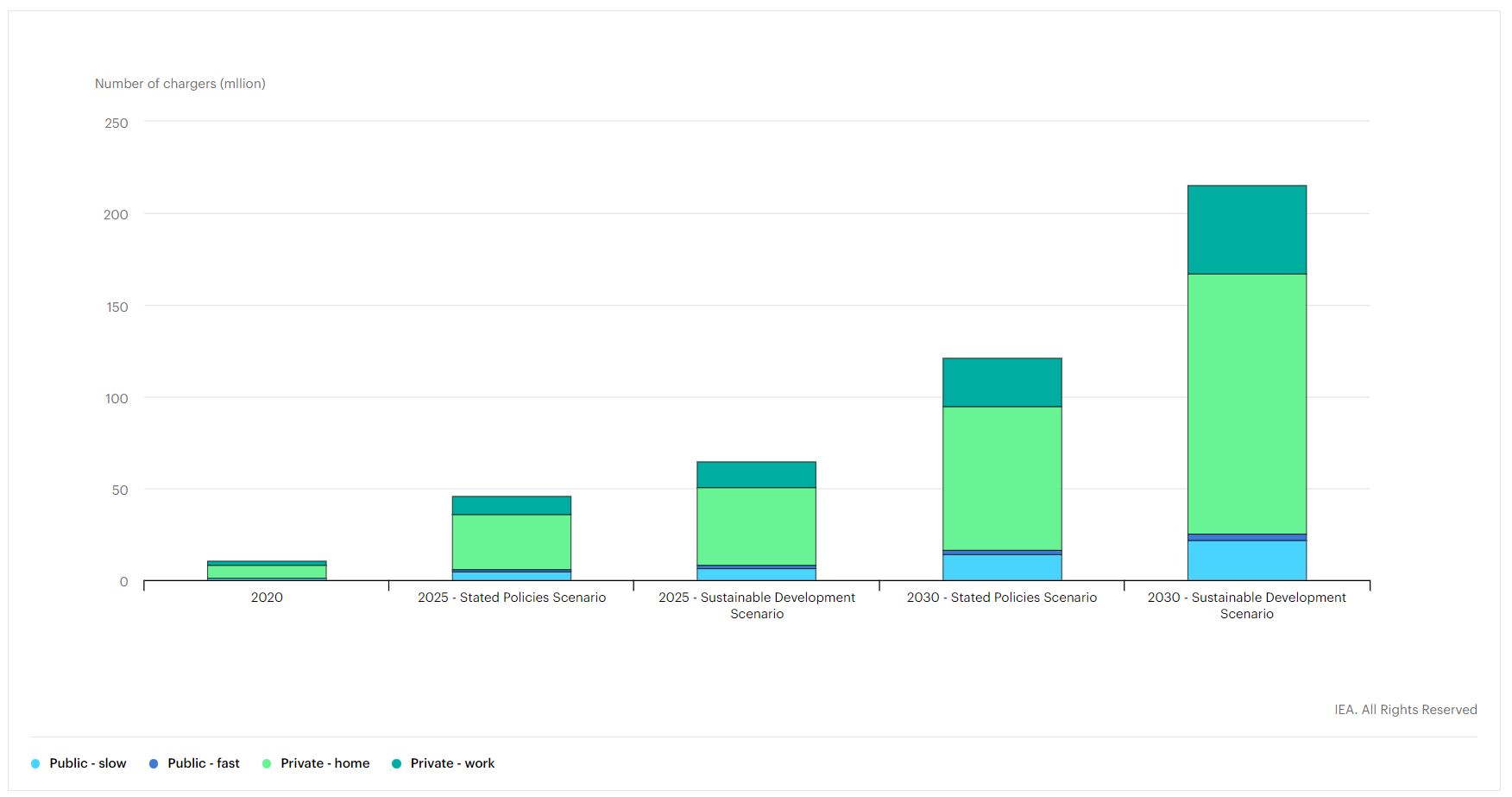 So, what does Europe have that the US doesn’t? Coordinated government infrastructure plans. Germany, for example, builds its own charging stations in addition to giving strong tax incentives for private companies to also do so. The US government does offer large tax credits to those who do buy electric vehicles, but people will not buy EVs en masse before the charging infrastructure is able to provide similar convenience and range as petrol pump stations. The price, range, and ability to establish electric vehicles in the US mainstream is all there, but the infrastructure still has a long way to go. Individual companies alone cannot solve this problem; nationwide regulation of charging infrastructure is needed if the US is to successfully make the transition to an all-electric fleet. 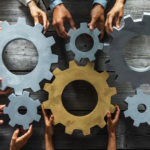 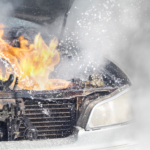