The History of Battery Technology:

Batteries have become so ubiquitous in every day life, it is almost impossible to imagine a time when mobile energy storage didn’t exist. For portable electrical devices such as flashlights, radios or remote controls, more than 15 billion single-use batteries are sold worldwide every year, and that trend continues to rise. However, rechargeable battery technology used in digital devices like cameras, cell phones, and laptops has seen massive advances in development in recent years, with production levels increasing dramatically at the same time. Perhaps the greatest leaps in battery technology, and of particular importance for the future of global ecosystems, comes from the automotive industry in the form of hybrid cars and electric vehicles – most of which are equped with lithium-ion batteries. The road to our current state of energy storage knowledge has been a long one, and the history of battery technology actually began over 200 years ago!

The groundwork that led to the invention of modern day batteries was made by Luigi Galvani in 1780, an Italian physician who accidentally discovered that muscles contract when touched by two different metals. With his “frog leg experiment”, Galvani inadvertently formed the basis of the “galvanic cell”.

The combination of two different electrodes (the two metals) and an electrolyte (the water in the frog’s legs) produced a circuit. Based on this knowledge, Allesandro Volta invented the Volta Column in 1800. Several “galvanic cells” were stacked on top of each other in a sandwich arrangement. Each cell consisted of a copper and zinc sheet, and cardboard disc soaked in salt water. Connecting the uppermost and the lowermost cell with a wire created a continuously flowing electric circuit. The more cells the column had, the higher the electrical voltage – the precursor of modern-day batteries was born. 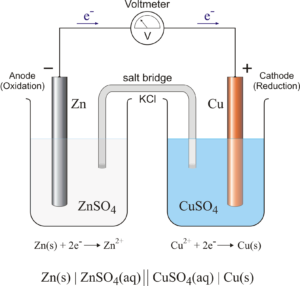 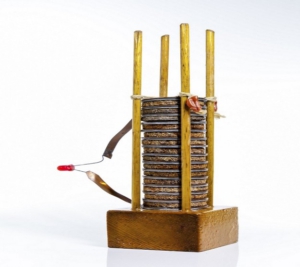 In 1801, physicist Johann Wilhelm Ritter further developed the galvanic cell  so that they could be recharged after discharging. With the help of this innovation and the use of lead plates, Wilhelm Josef Sinsteden invented the lead-acid accumulator. This was then improved upon in 1859 by Gaston Planté to become the lead-acid battery, which is considered the first rechargeable battery. Its overall construction and cell arrangement  can still be found in current lead-acid batteries or lead-acid accumulators. 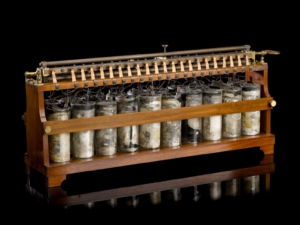 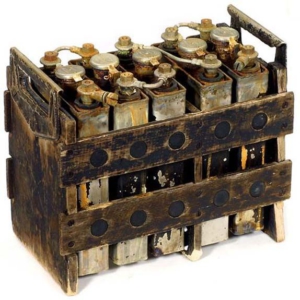 Working independently of one another, Waldemar Jungner (1899) and Thomas Edison (1901) each developed a nickel-iron battery that used alkaline electrolytes (instead of acid). The new design could be used continuously and was particularly durable. Alkaline batteries, which account for 80% of battery manufacturing in the USA did not make significant progress for another half a century until Canadian engineer Lewis Urry invented the zinc-manganese dioxide battery. In the 1950s, adoption of this new technology was accelerated by American consumers searching for longer-life batteries for the latest fad – transistor radios. During his work, Urry realized manganese oxide and powdered zinc combined with an alkaline substance could greatly increase the shelf life of batteries, which is the primary reason they are used in so many consumer electronics and household appliances.

During the early 1990s, Stanford Ovshinsky created a nickel-metal hydride (NiMH) battery that no longer required toxic metals such as cadmium in its manufacturing process. By using a hydrogen-absorbing alloy instead of cadmium, NiMH batteries can have 2-3 times the capacity of nickel-cadmium batteries of the same size. This innovation offered high energy density, long life, high power and durability, and quick charging capabilities that were never before seen batteries. The new technology became industry standard for use in early hybrid electric cars, and is still utilized today in many vehicles including the famous Toyota Prius. However, NiMH batteries have largely been replaced over the last decade by an even more powerful, compact and durable invention – the lithium-ion battery.

Creation of the lithium-ion battery was a combination of discoveries that led to the design we know today. The 2019 Nobel Prize in Chemistry was awarded to three scientists for their work in developing this world changing technology: John B. Goodenough, M. Stanley Whittingham, and Akira Yoshino.  While working for Exxon Mobile in the 1970s, English chemist Stanley Whittingham tried using titanium disulfide and lithium metal as the electrodes. This proved unstable, and Exxon halted the research. In the 1980s, American engineering professor John B. Goodenough used lithium cobalt oxide as the cathode instead of titanium disulfide, which doubled the battery energy potential, but did not solve the safety concerns. Finally, five years after Goodenough’s discovery, Akira Yoshino of Meijo University in Nagoya, Japan experimented with petroleum coke instead of reactive lithium metal as the anode. Without the lithium metal, battery performance and safety improved significantly, and the first prototype lithium-ion battery was born.

Sony developed the first commercial rechargeable lithium-ion battery in 1991 which became an overnight blockbuster success. One of the company’s leading electronic products, hand-held video cameras, only became possible with lithium-ion, as previous batteries were simply too bulky for hand-held use. Competitors soon followed suit, and also began putting lithium-ion batteries into laptops, cell phones, and more recently – vehicles.  Hardly any electrical device is used as often today as the battery, or has shaped human behavior so profoundly.  Researchers around the globe continue exploring ways to make lithium-ion batteries that are safer, more powerful, and last longer. If we are to accelerate the transition to a carbon-free society, there is still much room for improvement for applications in areas such as e-mobility, so it will be exciting to see what the future holds in terms of battery technology! 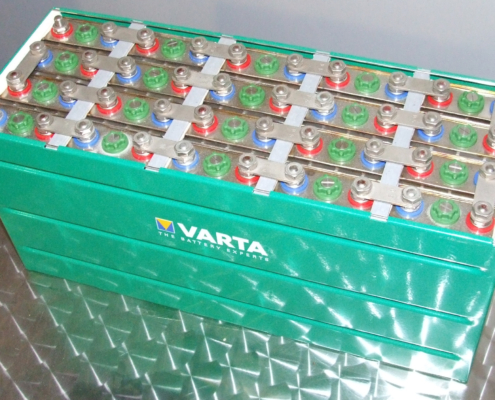 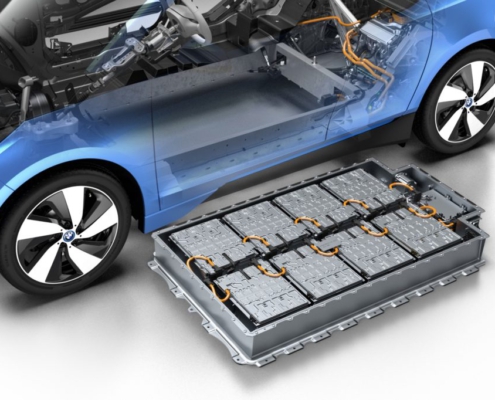 History of Electric Vehicles and E-Mobility 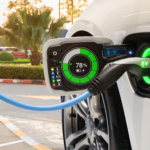 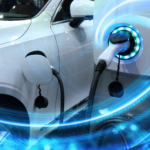